'We do have to do something about the energy problem. I can tell you that nothing has really taken me aback more, as Secretary of State, than the way that the politics of energy is [] 'warping' diplomacy around the world. It has given extraordinary power to some states that are using that power in not very good ways for the international system, states that would otherwise have very little power.' Secretary of State Condoleezza Rice, testimony before the U.S. Senate Foreign Relations Committee, April 5, 2006. din luft dependentele de pe desktop

Today, oil supplies about 40 percent of the worlds energy and 95 percent of its transportation energy. As a result, those who own the lion share of the reserves of this precious energy source are at the drivers seat of the world economy and their influence is steadily growing. Idem


Since the 1930s the has emerged as the worlds most important source of energy and the key to the stability of global economy. This tumultuous region produces today 37 percent of the worlds oil and 18 percent of its gas. When it comes to reserves, the is king. It is home to 65 percent of global oil proven reserves and 45 percent of its natural gas. The also controls a significant portion of the hydrocarbons that are yet to be discovered. According to the U.S. Geological Survey over 50 percent of the undiscovered reserves of oil and 30 percent of gas are concentrated in the region primarily in , , , , UAE and .

All this means that in the long run, as and s dependence on the Middle East grows, they are likely to increasingly challenge policy in the Middle East, turning the region from a unipolar region in which the enjoys a near uncontested hegemony into a multipolar system in which more and more global powers vie for influence.

Energy security trans-Atlantic dialogue on energy security. This has much to do with the soaring oil prices and the decline in Norwegian oil production which makes Europe increasingly dependent for its oil on the .

geopolitics. It contains political and military action as well as the influence on

markets (on demand and supply, on prices and the oil-currency). It is only

of capitalism and fossilism, by initiating the transition to a regime of renewable

resources. This means that capitalism as we know it will come to an end.

Under this perspective, the new world order is a new world

disorder. The disorder, however, has economic, political, social causes. It is the

The agenda is labelled national security, and one crucial part of it

(besides security against migrants, organized crime, prostitution or drug

trafficking) is the secure provision of strategic resources, such as petroleum,

uranium and other minerals or agricultural resources (US National Security

Strategy of 2002; Cheney Report of 2001). How important is it for the geopolitical

stance of the that leading figures such as Cheney, Rice and Rumsfeld, and

many others, including Bush himself, have strong ties to the California-Texas - oil

industry? Is the Bush administration driven by a Wall Street-military-CalTexcomplex?

as of natural resources by the powerful actors on the stage of the global theatre.

Therefore, the strongest, the fittest, the most competitive actors have

the best chances in the game over exploitation of resources. Modern geopolitcs,

in organizing the grand chessboard of exploitation of resources at the

beginning of the 21st century.

accumulation. The access to energy resources always has been a major cause of

As we are approaching the limits of the provision of fossil

resources und thus the end of the fossil energy regime, there are increasingly sharp

conflicts about access to resources, as well as conflicts resulting from the

ecological degradation of large territories. The dimensions of these conflicts are

manifold. They take the form of conflicts over trade, or they appear as diplomatic

pressures and political and even military intervention. Attempts are undertaken to

resolve conflicts within a framework of international agreements, but this

framework more and more is unilaterally manipulated by the leading capitalist

powers. Conflicts about oil have led to open wars, waged by the only superpower

against and , although in the Bushian newspeak this military

aggression has been labelled as a war waged on international terrorism. But also

the wars in , , Columbia etc. are neither ethnical conflicts nor the

outcome of a powerplay between competing elites. They are waged on the

and private security-suppliers are involved.

In the case of oil, however, it is impossible to neglect natural properties and

boundaries of the resource; bits and bytes cannot substitute for oil. The stocks of oil

are limited, and oil will be running out over the next few decades. Although the

supply of oil is limited, the demand for oil will increase in spite of the attempts to

save energy and to increase the efficiency of its use. This is for two interconnected

process. The limits of resources on the background of increasing demand are

Under normal conditions capitalist accumulation relied on the production of

relative surplus value, on productivity increases, powered by fossil fuel. Under the

more and more takes the form of a process of dispossession (Harvey; de Angeles)

of the less powerful by the more powerful private corporations and national states.

sible for higher conflictuality between political and economic actor 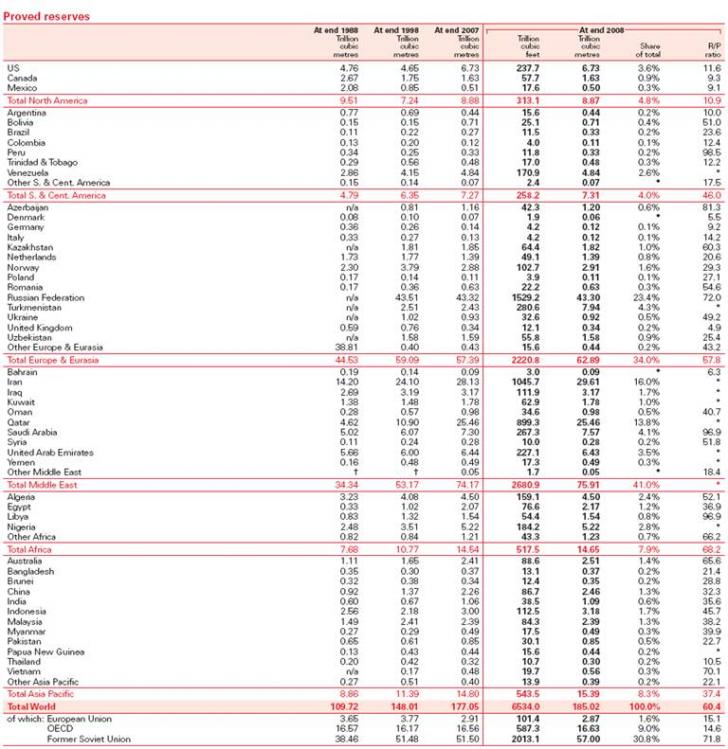 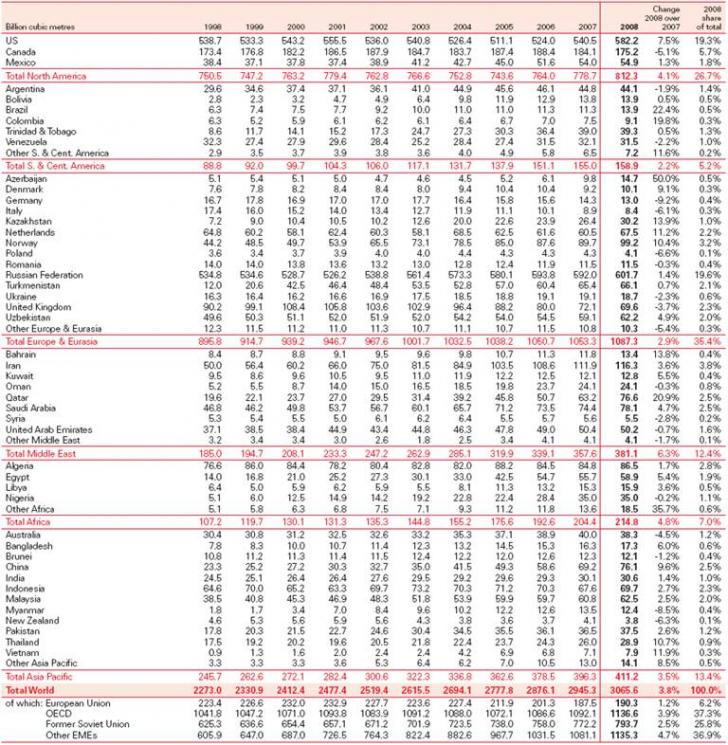 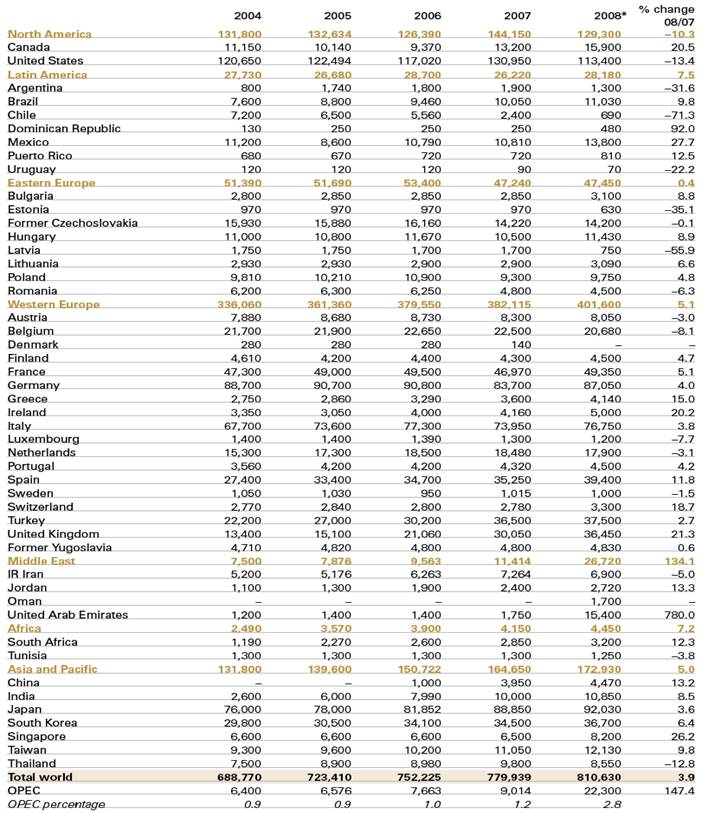 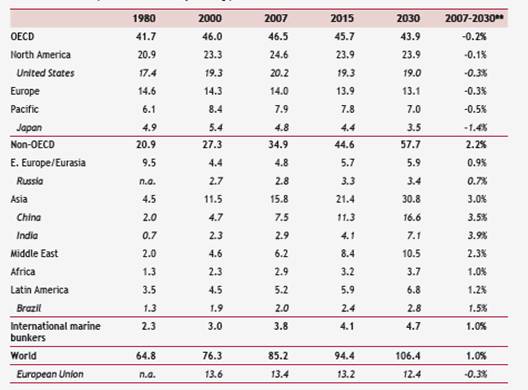 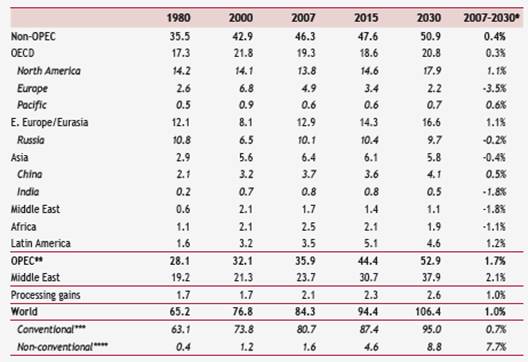 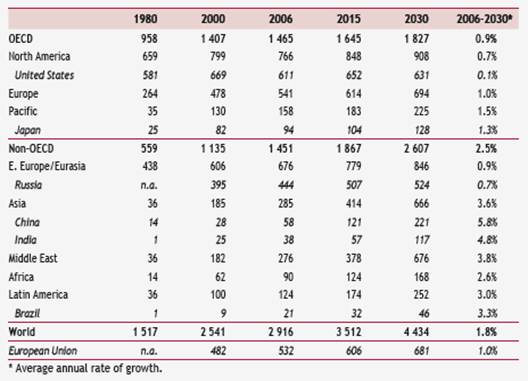 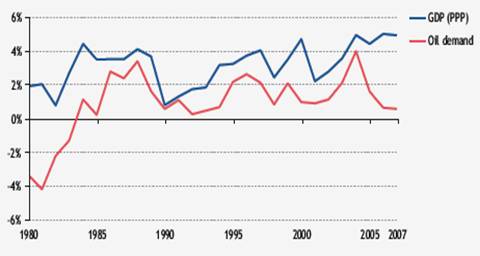 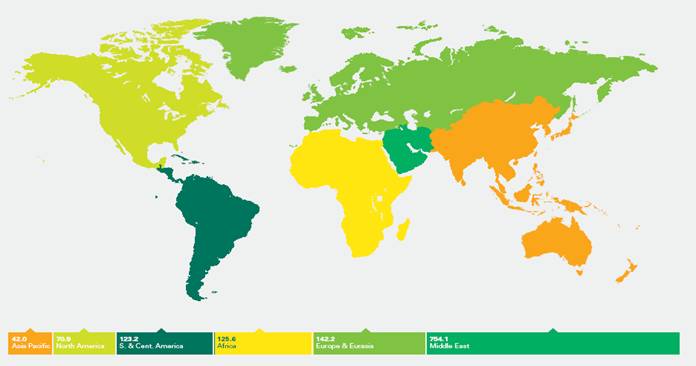 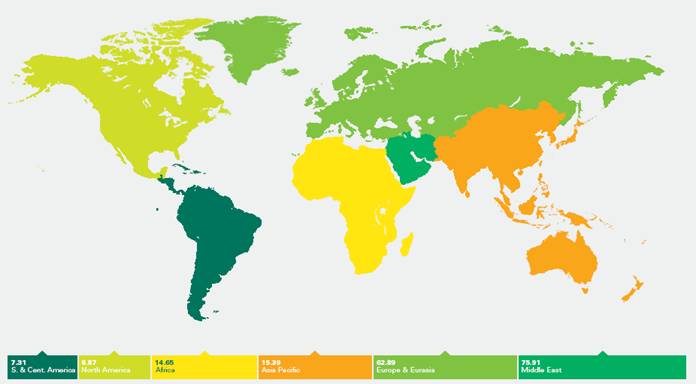 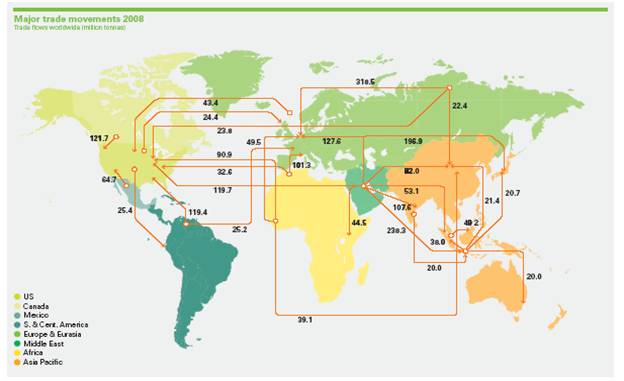 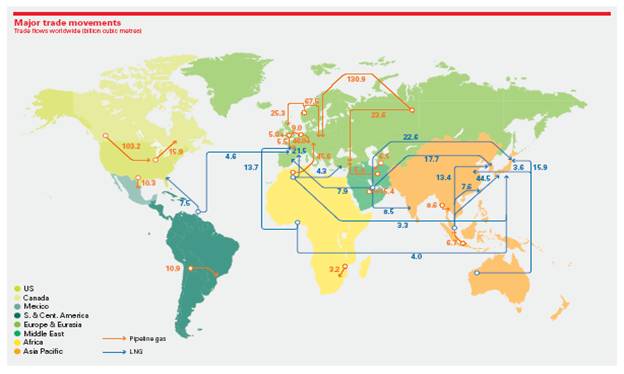